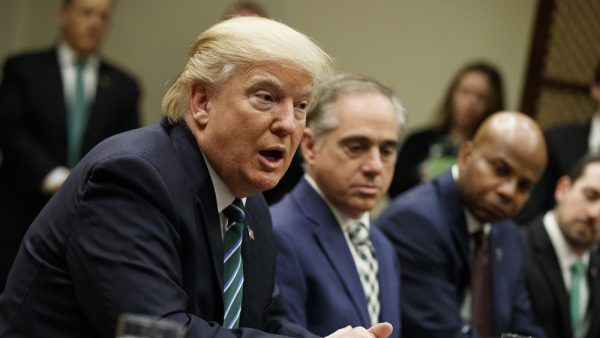 WASHINGTON — President Trump’s long-promised hotline for veteran complaints officially launches on Thursday, but questions remain about the long-term plans for the new resource.

The phone line — live now at 855-948-2311 — is designed to “collect, process and respond to the complaints of individual veterans in a responsive, timely and accountable manner,” according to Department of Veterans Affairs officials.

VA Secretary David Shulkin on Wednesday described the initial rollout of the line as a soft launch, with “live-answer agents” receiving and processing some of the calls. He promised that by Aug. 15, the hotline will have continuous coverage from a live operator 24 hours a day, every day of the week.

“This is something the president had talked about,” he told reporters. “We’re going to be testing that system starting tomorrow and fine-tuning it over the next several months.”

During the presidential campaign last year, Trump touted the hotline as a way for veterans to have a direct line to the commander in chief, and even suggested that he would answer it himself if the opportunity arose.

“This could keep me very busy at night, folks,” he told a crowd of supporters during a July 26 rally last summer. “This will take the place of Twitter.”

Calls to the line will be kept confidential, but information will be shared with VA officials, and in some cases veterans will be asked to give personal information for responses to specific problems.

Exactly which officials will respond to the problems and how they’ll be processed remain unclear. The call center is being billed as “the White House/VA Veterans’ Complaint Hotline,” but during the presidential campaign Trump suggested the idea as a way to directly report issues to the Oval Office without interference from VA leaders.

Department officials said they will use information from the hotline to “improve the delivery of care and benefit services to all veterans, including their families, caregivers and survivors,” but offered no further specifics. White House officials have deferred questions about the effort to the VA. The cost of the hotline also remains unclear. VA officials said the soft launch will total $190,000, which includes one-time computer and phone setup expenses.

In later phases, the recurring cost for the telephone line and maintenance alone is estimated to be $5,700 per month. Money needed to pay salaries for around-the-clock operators has not yet been calculated.

Democrats on Capitol Hill have been skeptical about the effectiveness and cost of the hotline idea. Last month, in a hearing on the fiscal 2018 budget, House Veterans’ Affairs Committee ranking member Rep. Tim Walz, D-Minn., called it “a drain on (the VA’s) IT budget.”