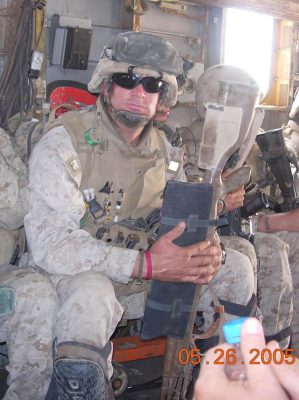 William Barnes grew up in the small town of Maysville in northwest Missouri. The town had a population of about 2,700. There were no traffic lights and only one four- way stop where the streets surrounding the courthouse were and are still brick. This quaint town living gave him an appreciation for family, a strong sense of community, and inspired him to be of service to others.

With his father’s permission, he enlisted in the United States Marine Corps Delayed Entry Program at the young age of 17. He enlisted as a Marine after graduating from Maysville R-1 High School in 1990. That decision would lead him to an extraordinary 23 year career filled with service and sacrifice.

As a Marine, he experienced everything from being an Infantry Rifleman, belonging to the Fleet Antiterrorism Security Team, serving as a Military Policeman, and being an elite Marine Scout Sniper.

Barnes served three tours in IRAQ in 2003, 2004, 2005. He also served 2 tours Afghanistan in 2010, 2011. Those experiences were life-changing, but unforgettable. The things he treasures most that he learned during his active-duty time are the Marine Corps Values of: Honor, Courage and Commitment.

Barnes eventually retired as a 1st Sgt. in 2013, and settled in Northeast Louisiana where he is now serves as a Louisiana Department of Veterans Affairs Veterans Assistance Counselor (VAC) for Madison and East Carroll Parishes.

When asked why he chose his current profession as a VAC, Barnes proudly replied, “I come from a patriotic family,” His dad served in Korea, one uncle in Vietnam, and two other uncles served in the United States Navy. “Veterans are to be admired and respected,” he says. “Those were the lessons that I was taught from my military family.”

Serving as a LDVA Veterans Assistance Counselor allows him to continue to be there for his fellow brothers and sisters in arms on a daily basis while assisting them and their families as they apply for the benefits they earned. 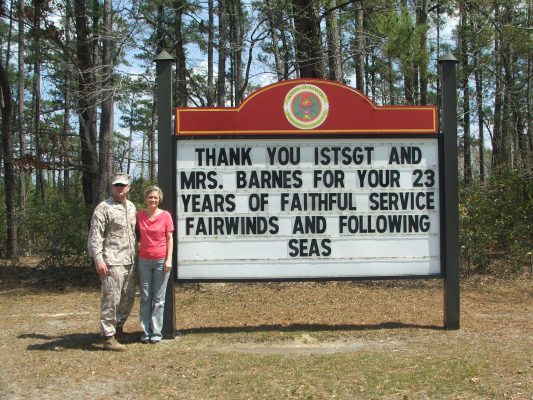