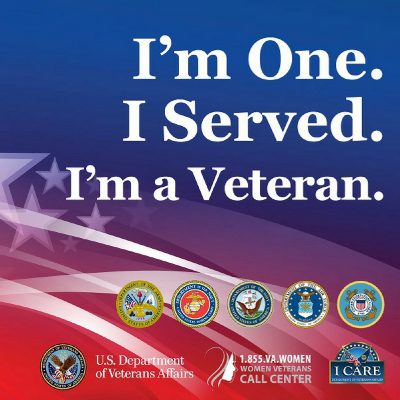 Deadre Durrah grew up in the small town of Gibson, Louisiana, with her three brothers. Her mother, Joan Bellizana Clark, is a caregiver. Her father, William Mickens, who was an oil field worker passed away in 1989.

“My dream was to become an educator, like so many of my other family members,” she says.  “I had never thought of joining the military, but, I did want to travel and see other places besides Gibson.” And, in 1985, she joined the U. S. Army and worked in supply.

Her brothers also chose to be of service to our country. Two joined the U. S. Army and one joined the U.S. Air Force.

During her 7 years of military service, she was able to travel to countries like Germany, Japan, England, and France.  “I have also been to many places, like Alaska, while stationed here in the United States,” says Durrah.

“I enjoyed the travel and interacting with other military members,” she says of her time in the Army. If given the opportunity, she wholeheartedly agrees that she would do it all over again. “I talk to young people all the time about the military and the opportunities it can provide.”

“I became a Veterans Service Counselor (VAC) because it gives me the opportunity to continue working with fellow military members,” says Durrah. She has been a Louisiana Department of Veterans Affairs (LDVA) VAC for 3 ½ years.

LDVA’s Veterans Assistance Counselors not only prepare claims, but serve as sounding boards for Veterans in need of guidance and support. Many VAC’s say they enjoy the fact  that the position affords them with the same type of camaraderie that they shared with their fellow brothers and sisters in arms while in the service.  “I have met people who have served in all branches of the military,” says Durrah. “And, most of us have one thing in common, we love this country.”

“I always wanted to return to the military after leaving, this job is the next best thing.”

When she is away from the job, she continues to share her military experience with her husband, Nolan Short, who is also a U.S. Army Veteran, her daughter who is USAF Veteran, and all of her siblings who are Veterans. “We all share the love of the military.”

Durrah says many Veterans and their families don’t realize they have earned many benefits that will make their lives immensely better.

“One of the most fulfilling parts of the job is calling a veteran to give them the good news that their claim has been granted,” she says. “When I hear the joy in their voice, it gives me an enormous feeling of satisfaction.”