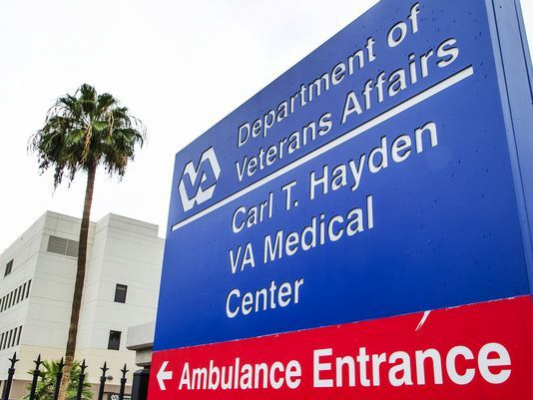 WASHINGTON (AP) — The Department of Veterans Affairs was scolded by both parties over its budget Wednesday as lawmakers scurried to find a fix to an unexpected shortfall of more than $1 billion that would threaten medical care for thousands of veterans in the coming months. Under repeated questioning, VA Secretary David Shulkin acknowledged the department may need emergency funds.

“We would like to work with you,” Shulkin told a Senate appropriations panel. “We need to do this quickly.”

At the hearing, lawmakers pressed Shulkin about the department’s financial management after it significantly underestimated costs for its Choice program, which offers veterans federally paid medical care outside the VA. Several questioned Shulkin’s claim that the VA can fill the budget gap simply by shifting funds — without an emergency infusion of new money — without hurting veterans’ care.

“The department’s stewardship of funds is the real issue at hand,” said Sen. Jerry Moran, R-Kan., chair of the Appropriations panel overseeing the VA. He faulted VA for a “precarious situation” requiring a congressional bailout.

“On financial projections, we have to do better,” he said. “We do not want to see veterans impacted at all by our inability to manage budgets.”

His disclosure came just weeks after lawmakers were still being assured that Choice was under budget, with $1.1 billion estimated to be left over on Aug. 7. Shulkin now says that money will dry up by mid-August. He cited excessive use of Choice beyond its original intent of using private doctors only when veterans must wait more than 30 days for a VA appointment or drive more than 40 miles to a facility.

Skeptical senators on Wednesday signaled they may need to move forward on a financial bailout.

In a letter Wednesday to the VA, Moran joined three other GOP senators, including John McCain, in demanding more detailed information from VA on what fix is needed.

“Unless Congress appropriates emergency funding to continue the Veterans Choice Program, hundreds of thousands of veterans who now rely on the Choice Card will be sent back to a VA that cannot effectively manage or coordinate their care,” the senators said. “We cannot send our veterans back to the pre-scandal days in which veterans were subjected to unacceptable wait-times.”

VA is already instructing its medical centers to limit the number of veterans sent to private doctors. Some veterans were being sent to Defense Department hospitals, VA facilities located farther away, or other alternative locations “when care is not offered in VA.” It also was asking field offices to hold off on spending for certain medical equipment to help cover costs.

Congressional Democrats on VA oversight committees have also sharply criticized the proposed 2018 budget. Shulkin, for instance, says he intends to tap other parts of the VA budget to cover the shortfall, including $620 million in carryover money that had been designated for use in the next fiscal year beginning Oct. 1.

The budget proposal also seeks to cover rising costs of Choice in part by reducing disability benefits for thousands of veterans once they reach retirement age, drawing an outcry from major veterans’ organizations who said veterans heavily rely on the payments.

Shulkin has since backed off the plan to reduce disability benefits but has not indicated what other areas may be cut.

“You’re defending this budget, but your job is to defend veterans,” she said. “It seems to me if the administration makes the request, it will be better served.”

The VA’s faulty budget estimates were a primary reason that Congress passed legislation in March to extend the Choice program beyond its Aug. 7 expiration date until the money ran out, which VA said would happen early next year. At the bill-signing ceremony with veterans’ groups, Trump said the legislation would ensure veterans will continue to be able to see “the doctor of their choice.”

The department is now more closely restricting use of Choice to its 30-day, 40-mile requirements.

The unexpectedly high Choice costs are also raising questions about the amount of money needed in future years as VA seeks to expand the program.

Earlier this month, Shulkin described the outlines of an overhaul, dubbed Veterans CARE, which would replace Choice and its 30-day, 40-mile restrictions to give veterans even wider access to private doctors. He is asking Congress to approve that plan by this fall.