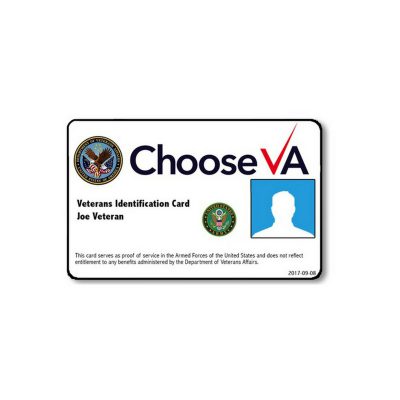 WASHINGTON — The Department of Veterans Affairs is once again accepting applications for new Veteran ID cards after a series of technical problems that forced a two-month halt to the program.

But they still aren’t sure what the cards will look like.

VA officials are now promising recipients will begin receiving the new cards in March, two months after the original delivery goal and more than 30 months after Congress passed legislation creating the cards.

More than 16,000 veterans have already applied for the cards, which are designed to be a convenient way for veterans to prove their military service for a host of non-government services. They will not replace official military retiree or veterans benefits paperwork.

VA officials touted the new card process in November, as part of their extended Veterans Day celebration. But shortly after the department began accepting online applications, the system was overwhelmed and taken offline.

In a statement, VA spokesman Curt Cashour said among the changes made in the last two months have been simplifications to the application, including the department no longer requiring veterans to submit an email address to finish the process. But veterans still must register through the vets.gov web site to complete the ID card application process.

Despite the new delivery timeline, VA officials still have not finalized the design of the back of the ID cards.

The department contracted with Office Depot on the project, and the private company has agreed to donate the printing and shipping costs of the cards after VA processes applications. Early mock-ups of the cards had the Office Depot logo on the back, but officials have not yet unveiled whether the symbol will still be on the final version.

The front of the card will feature a veterans’ name, picture, and the logo of their branch of service.

VA officials have made digital versions of the card available to applicants since November, so they can take printouts to private businesses as proof of prior military service.

Individuals who served in the military and received an honorable discharge are eligible for the new IDs. That has upset some veterans groups, who say the department has unfairly excluded individuals with other-than-honorable dismissals from the program.

The online application is available through the VA web site.