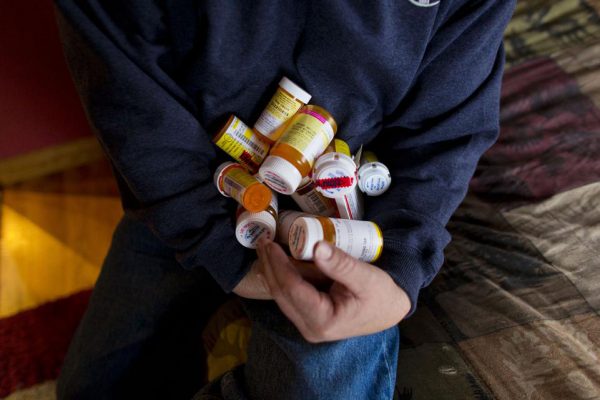 With this announcement, VA becomes the only health-care system in the country to post information on its opioid-prescribing rates.

The disclosure is part of VA’s promise of transparency to Veterans and the American people, and builds on VA’s strong record of transparency disclosures — including on wait times, accountability actions, employee settlements and the Secretary’s travel — under the leadership of President Donald J. Trump over the past year.

“Many Veterans enrolled in the VA health-care system suffer from high rates of chronic pain and the prescribing of opioids may be necessary medically,” Secretary Shulkin said. “And while VA offers other pain-management options to reduce the need for opioids, it is important that we are transparent on how we prescribe opioids, so Veterans and the public can see what we are doing in our facilities and the progress we have made over time.”

Counselor to the President Kellyanne Conway said, “Declaring the opioid crisis a nationwide public health emergency was a call to action by the President.  His administration is exploring all tools and authorities within their agencies to address this complex challenge costing lives.  Veteran’s Affairs Administrator Dr. Shulkin is heeding that call; the VA is now the first hospital system in the country to post information on its opioid prescribing rates.  This is an innovative way to raise awareness, increase transparency and mitigate the dangers of over-prescribing.”

The interactive map shows data over a five-year period (2012-2017) and does not include Veterans’ personal information. The posted information shows opioid-dispensing rates for each facility and how much those rates have changed over time.

It is important to note that because the needs and conditions of Veterans may be different at each facility, rates may also be different for that reason, and cannot be compared directly.

The prescribing rate information will be updated semi-annually, on January 15 and July 15 of each year.

As a learning health system using the current best evidence to learn and improve, VA continually develops and refines best practices for the care of Veterans. Releasing this data will facilitate the sharing of best practices in pain management and opioid prescribing among doctors and medical center directors.

Highlights from the data include:
• A 41-percent drop in opioid-prescribing rates across VA between 2012 and 2017
• Ninety-nine percent of facilities decreased their prescribing rates.
• San Juan, Puerto Rico, and Cleveland, Ohio, top the list of medical centers with the lowest prescribing rates, at 3%.
• El Paso, Texas, and Fayetteville, North Carolina, are most improved, and decreased prescribing rates by more than 60 percent since 2012.  El Paso’s prescribing rate decreased by 66%, and Fayetteville’s decreased by 65%.
VA currently uses a multifaceted approach to reduce the need for the use of opioids among Veterans. Since 2012, the Opioid Safety Initiative has focused on the safe use and slow and steady decrease in VA opioid dispensing. VA also uses other therapies, including physical therapy and complementary and integrative health alternatives, such as meditation, yoga and cognitive-behavioral therapy.