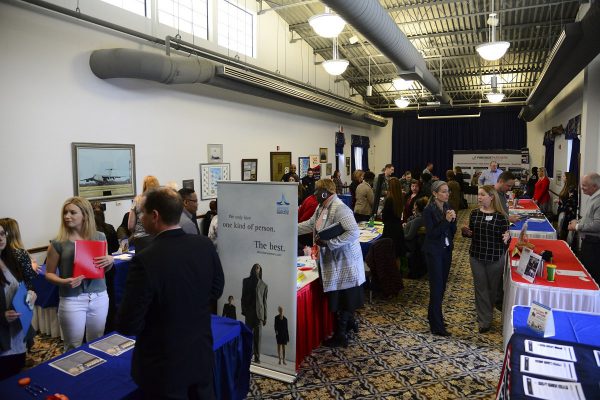 WASHINGTON — In an effort to boost military spouse employment opportunities, President Donald Trump will sign a new executive order Wednesday to better emphasize hiring preferences for government jobs and to better track how federal agencies are doing with that goal.

White House officials called the move important for national security and military recruiting. Unemployment and underemployment among military spouses has been a focus of the executive branch and Congress in recent years, since frequent military moves and deployments often hurt spouses’ chances at finding stable work.

Federal law gives hiring preference to those spouses for a variety of government jobs, but administration officials said only the Defense Department has been diligent in seeking out those potential employees in recent years.

The new order will direct all federal agencies to examine ways to better seek out those spouses and bring them into the workplace.

“If we are going to be working with the private sector and asking them to hire military spouses, we need to lead by example,” said Jennifer Korn, special assistant to the president and herself the wife of a Marine Corps veteran. “And we need to make sure these military spouses are taken care of.”

The order also requires the Office of Personnel Management to “increase awareness” of the importance of hiring military spouses and produce an annual report on military spouse hiring totals throughout federal departments.

A Hiring Our Heroes survey conducted last summer found the unemployment among military spouses may be as high as 23 percent, nearly six times the national unemployment rate and the rate among veterans.

The survey also noted that spouses’ unemployment challenges are among the top factors in families deciding whether to remain in the service or to separate from the military.

Trump scheduled to sign the order in a late afternoon ceremony at the White House with military spouses.