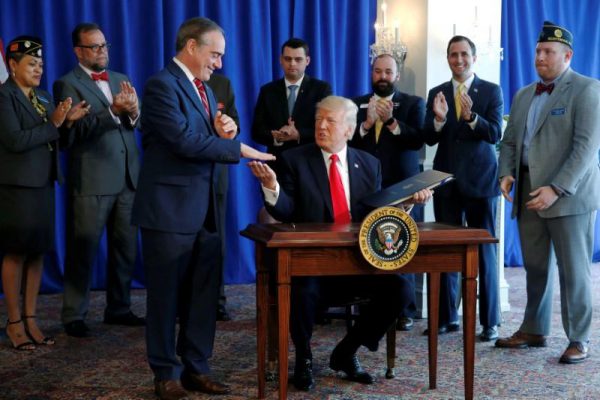 “They get out of the military and they have nobody to talk to,” Trump said as he signed the order. “It’s a very sad situation.”

Veterans Affairs Secretary David Shulkin said the White House wants to address an alarming trend, that of 20 veterans a day taking their own life.

“That 12-month period after you leave service is the highest risk for suicide,” Shulkin told reporters. Currently, only 40 percent of military members have mental health coverage, he said.

The new order will cost about $200 million year to implement, money that will be diverted from the agencies’ current budgets, a senior administration official said.