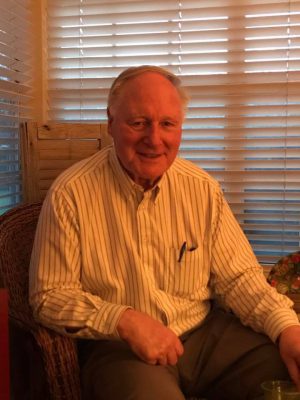 Longtime Louisiana Department of Veterans Affairs (LDVA) Veteran’s Assistance Counselor (VAC) Tony Coleman is retiring, but leaves a wealth of knowledge and wisdom behind for Veterans and their families. During his tenure, he’s learned the intricacies associated with navigating the U.S. Department of Veterans Affairs compensation and claims process, and become a subject-matter expert on services and benefits offered to Louisiana Veterans.

“During my career with the LDVA, I have noted changes in the Department as it labors to assist Veterans under the ever-changing paradigm of the U.S. Department of Veterans Affairs,” says the VAC who’s helped process thousands of claims over the years.

Coleman first joined LDVA’s East Baton Rouge field office as a VAC in September of 1985. VAC’s undergo a rigorous training process that prepares them to answer a myriad of questions from military families and helps them help Veterans apply for the benefits they earned.

According to Coleman, he learned the ropes from, “two of the finest VAC’s in the business.” Joe Ganaway and Ray Noland were knowledgeable, professional, dedicated, and willing to share the lessons they’d learned with Coleman who would them pass them on as well.

After his training, he was sent to the West Baton Rouge Parish Service Office (PSO) and moved to Port Allen. The move was “tailor-made,” he recalls as he was able to rent the recently vacated apartment of former Port Allen Parish VAC Richard Edwards who had taken a transfer to LDVA’s Louisiana Veterans’ Home in Jackson.

Unfortunately, as it happens when budget cuts occur, Coleman was laid off after only a year of service to the state. While he did fall on some difficult times, his military training helped him to adapt and overcome. He found a cheaper house, “resumed the rigors of my old profession in Land Lease and Right of Way Acquisition,” and did not skip a beat.

Coleman was born and raised in Baton Rouge. His father, Clayton, made a career as Secretary of the Public Service Commission. His mother, Maurice, retired as a Public Health Services Secretary. They taught him, and his sister Elizabeth, the importance of having a good work ethic and making your own way in life.

Eventually, LDVA team member Richard Edwards asked Coleman to consider returning to the LDVA and taking a position at the Louisiana Veterans Home. He graciously accepted.

After a year, he was transferred to the Lafayette PSO and worked with Administrative Assistant Judy Theriot and fellow VAC, Mr. Paul “Pearly” Woodson.

Having been a former sailor, Coleman was used to being mission focused and comfortable with change so he agreed to transfer to the Abbeville PSO where he was needed most.

Coleman retired from the LDVA for the first time in 1999. “It was during my hiatus of 11 years that I began to have misgivings about my retirement,” he says. “I went on to other work knowing intuitively that somehow, even though I had left the department, it had not left me. I also harbored the anticipation, however slight, that I would eventually be asked to return.”

In March of 2011, the call back to service came when Richard Blackwell asked Coleman to return to the LDVA and retrain under Rolf Klingenburg.

He was then given the opportunity to return to the East Baton Rouge PSO to work under Mr. Ernest Buckner and, in time, was promoted to office manager of one of the busiest offices in the state.

In fiscal year 2017, the East Baton Rouge PSO helped bring $90, 306,000.00 in VA compensation and pension to 23,323 Veterans and their families. Coleman has held this position until this final retirement from State Civil Service.

In all of the ups and downs that life has thrown his way, Coleman has held a steady course. He shares the following with fellow Veterans and their supporters: “In processing of claims and witnessing new programs being implemented by VA reflecting the ever changing periods of conflict this country has experienced, it has created new opportunities for our veteran population in the areas of education, home ownership, and monetary benefits.”

“Conversely,” he says, “it seems that with each passing period in which our country has been involved in sustained conflicts, it has created a new wave of disabilities for our Veterans which will continue to challenge VA medical hospitals in their goal of helping to bring our service men and women back to as close to normalcy as possible. And in that regard, I can only hope that I have made some small difference in their lives.”

Coleman graduated from Baton Rouge High School in 1961. “It was here that an experience changed the course of my life, and why I believe brought me to the destiny carved out for me,” shares Coleman.

He’d earned an athletic college scholarship which was a major, personal accomplishment for him, but also came rooted with turmoil.

“I lost the scholarship which forced me to retool and reexamine my options as my grade point level prevented me from returning or transferring to another school.,” he says.

He remembered having a favorite uncle who had joined the Navy, and decided that following in his footsteps would be a way for him to partially redeem himself as well as obtain a free education.

Coleman would do stints in Norfolk, Virginia, Philadelphia, Pennsylvania, and Guantanamo Bay Cuba. He would witness the withdrawal of Russian missiles under John F. Kennedy’s administration, and was aboard ship when President Kennedy was later assassinated.

He is proud of his service and obtained an honorable discharge from his position as a Seaman 1/class. “I was glad to have been able to see a bit of the world, obtain a bit more maturity, and obtain my college degree from Louisiana State University in 1968.”

“My Navy time was invaluable in that it not only enabled me to grow into an arena of productive adulthood, but it was the catalyst to the career I was to enjoy for 21.4 years. For I could not have done the work that I’ve done for the LDVA without having been a Veteran.”