The Army’s first black, female 3-star was inspired to serve by her father — and Star Trek 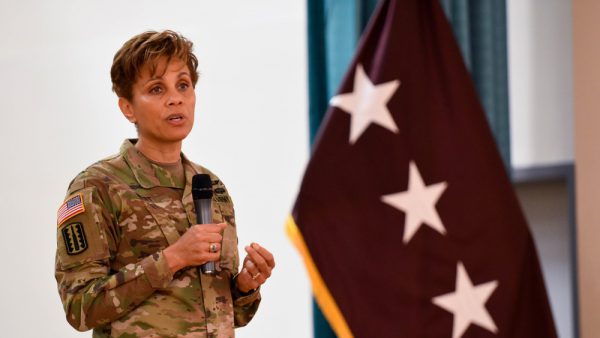 Lt. Gen. Nadja West is the youngest of 12 adopted children — 10 of whom joined the Army — raised by a logistics warrant officer and his journalist-activist wife.
Her father’s 33-year career inspired her to join the Army, and her West Pointer brother encouraged her to attend the newly integrated U.S. Military Academy.

But it was Mr. Spock, the science officer on the starship Enterprise, who inspired her to go into biology.