Small businesses in Louisiana could receive more aid in July; see how much, who’s eligible 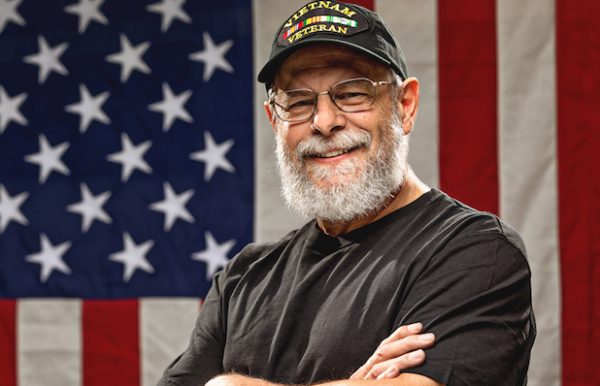 The Advocate story by Mark Ballard

State Treasurer John Schroder said Monday he hopes to start in July distributing about $300 million in federal coronavirus aid funds to small businesses, under a program for which more than 450,000 businesses are estimated to be eligible.

He’s still working out the details for the grants of up $15,000 per business since Gov. John Bel Edwards last week signed legislation pushed by Republican lawmakers to divert some of the federal money aimed mostly at local governments. Schroder wants to distribute the funds by December.

“Our job is to get this money out as quickly as we can,” Schroder said.

The $2 trillion Coronavirus Aid, Relief, and Economic Security, or CARES Act, allocated $1.8 billion to Louisiana. Much of the money filled shortfalls in state revenues used to pay for state services to balance the state operating budget. Another $811 million was destined for local governments.

Republicans took about $300 million from the local governments’ pot, over the objections of the Edwards’ administration, to give to small businesses. Edwards eventually came around and signed the legislation.

About $40 million of that amount will go to companies owned by minorities, women, and veterans. The treasurer can keep up to $15 million to administer the program, which is expected to pay a private vendor to run the grant program. Schroder is looking to hire a contractor to handle the day to day operations.

Edwards is in charge of distributing the remaining $565 million allocated to local governments for expenses related to coronavirus. The figure was $511 million but lawmakers added an additional injection to the funds. The first $153 million will start going out next week, Commissioner of Administration Jay Dardenne said.

For the first 21 days, Schroder told the Joint Legislative Committee on the Budget, the Main Street Restoration Program will focus on those businesses that are too small and have not received any federal grants, such as from the Paycheck Protection Program, or received business interruption insurance.

Schroder estimates about 450,000 small business owners – about 64,000 of whom are minorities, women, or veterans – could be eligible for the program. They employ about 905,000 people and account for 53% of the state’s employment.

Schroder said he doesn’t know how many applications to expect. Mississippi received 15,000 claims during the first couple of days, he said.

After 21 days, the program then will open up, on a first come, first serve basis to fill the gaps between what businesses already have received from the federal government and the $15,000 limit. For instance, if a business received a $3,000 from, say, the Paycheck Protection Program, it could be eligible for $12,000 through the state.

The businesses who qualify must have less than 50 employees, be owned and located in Louisiana, and can document their losses.

Schroder said he’s looking to build a computer system that doesn’t crash on the first day when a tsunami of applications is expected. He also is hoping to have call centers, field agents and advisory councils to reach out directly to small business owners who either don’t have access to the Internet or are intimidated by computers. The program will have a marketing program but he said earlier recovery efforts relied too much on radio and televisions ads.

Senate President Page Cortez, R-Lafayette, and House Speaker Clay Schexnayder, R-Gonzalez, criticized recovery programs set up after the 2005 hurricanes and the 2016 floods, saying Road Home and Restore, respectively, didn’t efficiently get the money to the people to all the people who needed it. Both were administered by governors’ offices.

“We’ve seen programs like this come through the legislature, whether it was the Road Home program or the Restore program, that on the back end of the program were failures to many people in this state. They believe they didn’t get the job done,” Cortez said

Though many of the legislators are concerned about fraud, Schroder said he wouldn’t be able to stop all of it.

“I am not going to design a program that puts so much red tape on the 90% just to stop the 10% bad actors,” Schroder said, adding that it’s important to be careful but not too cumbersome.

“Are we going to stop all the fraud, Mr. President? No. But we’ll do our best,” Schroder said.

The program is employing the Louisiana Legislative Auditor, which is facile with all the various details and strings that come with the federal grants, Schroder said.