Preserving the past: 9 tips on obtaining missing military records (and awards) for you or a loved one 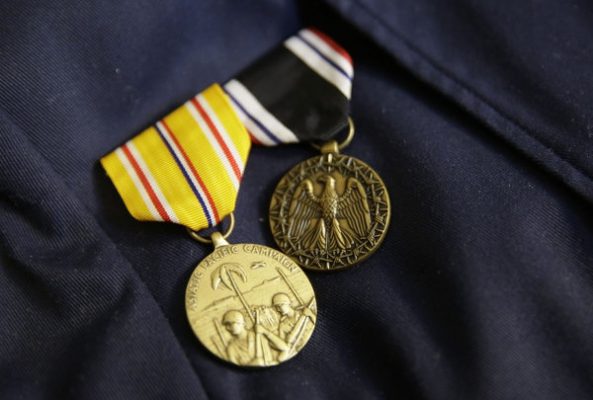 Of the 16 million Americans who served in World War II, it’s expected that about a half-million will be alive at the end of 2017.

Many veterans of this and other conflicts will take with them stories of service that can’t be replaced. Some will have earned commendations they mentioned only in passing, or ignored out of modesty, or locked away alongside painful memories.

Family members who want to learn more about their relative’s service, even those in service themselves, may have limited knowledge when it comes to navigating an archive process that, with a bit of persistence, can provide more than just a few dates and places.

Military Times sought advice from the National Personnel Records Center, as well as in-house expert Doug Sterner, curator of the Military Times Hall of Valor, to provide some basic steps on the path to piecing together a personal history.

You can also get a printable version of Standard Form 180, Request Pertaining to Military Records. This form most likely will grant eventual access to all relevant information, provided it can be filled out as completely as possible. As Sterner pointed out, “With more than 60 million records at NPRC, even what one considers a unique name may not be unique.”

Other requests averaged about 24 days. If you’re seeking more than the separation documents, be sure to request specific records via the online submission process or SF-180. If you’re after an entire Official Military Personnel File, make that request clear on the form.

If your request takes longer than 10 days, you can request a status update online or via phone (314-801-0800). In their online guidance, NPRC officials say sending a follow-up request in less than 90 days “may cause further delays.”

(Veterans who lost critical separation documents as a result of recent hurricanes can also take advantage of this expedited process by including the word “Hurricane” in the comments section of their online request or under the “Purpose” field in Section II of their SF-180.)

Salvage efforts began immediately, both on site and via a bulletin that required government agencies to maintain any other records that might be used to reconstruct military personnel files. They continue to this day. About 3,000 requests for records affected by the fire are processed by the center each week, NPRC officials said.

Even if the file you’re seeking was lost entirely, that doesn’t mean at least some of the information it contained can’t be recovered, Sterner explained.

“While individual records were lost in that fire, the unit records — including histories, action and morning reports, and general orders for awards to individuals within that unit — are warehoused at the National Archives,” he said. “The caveat is that there is no index for these records … one must generally know exactly what general orders or report they are looking for, or sift through thousands of pages of documents.”

These general orders are especially useful in assembling lists of award recipients. Sterner pointed to the work of Air Force Col. Albert Gleim, who, among other archival efforts he undertook after retiring from service, published an index of all Navy Cross recipients. Gleim died in 1997; his work, and that of many others, provided a foundation for the Hall of Valor database.

The proper record system will vary depending on when the treatment was obtained and what service was involved.NPRC aims to provide proper contacts, officials said; learn about the Department of Veterans Affairs Records Management Center, and get links to other record-request sites, here.

Maybe, said Sterner: While you should include a request for unissued or lost medals along with your NPRC request, he said, “In the case of awards never received, it is best to work through a congressional office.”

These offices generally have staffers who’ve become well-versed in the awards and records process. Successful requests can result in the lawmaker presenting the award(s) to veterans and/or family members in ceremonial fashion.

Congressional offices also may offer assistance when it comes to third-party requests, those involving distant relatives, or others that aren’t as easily processed through NPRC’s online portal.

Separation documents (DD-214 or similar) nearly always reflect these awards and will serve as proof of eligibility. Requesting these documents are the first step, Sterner said, though more research may be required if the documents are not available or do not include relevant information that can be corroborated via other sources, such as general orders.