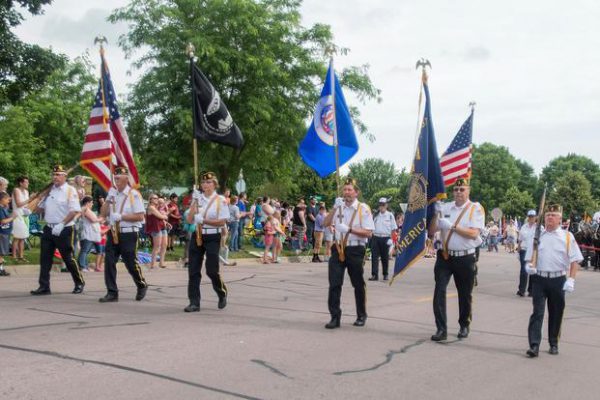 Thousands of honorably discharged veterans will soon be able to join the American Legion under new legislation expected to be signed soon by President Donald Trump.

Under the new law, any honorably discharged veteran who has served since Dec. 7, 1941, may join the American Legion, meaning military veterans who served in what were previously considered periods of peacetime between wars are now eligible for membership.

The Let Everyone Get Involved in Opportunities for National Service, or LEGION, Act — the first Senate bill sponsored by Arizona Democrat Sen. Kyrsten Sinema to become law — is designed to recognize veterans who previously couldn’t join, such as those who served during the Cold War.

“Expanding Legion membership improves services for veterans across Arizona and honors our brave service members killed or injured during periods of unrecognized war,” Sinema said in a statement. “Our bill shows what’s possible when we stay focused on getting things done that matter.”

As a congressionally chartered organization, eligibility for the country’s largest veterans service organization, with nearly two million members, is established by Congress. It had been open to veterans who served during declared wars, such as World War II, the Korean War and Vietnam. Prior to this bill, there were seven recognized eligibility periods, beginning with World War I and concluding with the current period, from Aug. 2, 1990, to the present.

But many troops served in lesser conflicts between those periods, Sinema said in the bill. More than 1,600 troops were killed during these military operations.

In a statement, the bill’s co-sponsors hailed the expanded eligibility window.

“For 100 years, the American Legion has provided critical resources and created a community for veterans. This legislation will ensure that everyone who puts on the uniform has the privilege to join the Legion’s ranks,” said Rep. Lou Correa, D-California, who co-sponsored the House version along with Reps. Ben Cline, R-Virginia, and Gil Cisneros, D-California.

Membership in traditional veterans service organizations has declined over the past several decades as members age and pass away and veterans of recent conflicts have sought out other groups or social organizations.

This year, however, the Veterans of Foreign Wars reversed that trend, adding nearly 25,000 new members, according to VFW National Commander B.J. Lawrence. And the changes to the American Legion’s eligibility may bolster its ranks as well.

“Opening membership of the American Legion to our heroes who have served in conflicts from Vietnam to Iraq and Afghanistan is the right thing to do,” Cline said.

Veterans service organizations provide a social structure for veterans and also advocate on their behalf. Groups such as the VFW, American Legion and Disabled American Veterans are among the most influential in Washington, D.C., with members numbering in the millions.

They also provide help to veterans, with service officers trained to provide guidance to members on their benefits, including disability compensation claims and education.

The American Legion has been working for more than a year to expand its eligibility dates. National Commander Brett Reistad said the Legion Act is “a victory for veterans who until now have not had their service to our nation fully recognized.”

“These veterans and their family members can now enjoy all the benefits of their service, which they so richly deserve,” he said.

The White House has not said when the president plans to sign the bill into law.

Veterans seeking more information on how to join the American Legion can find it on the organization’s web site.