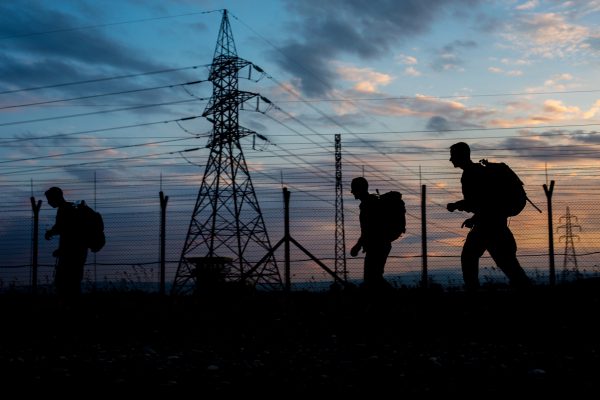 BATON ROUGE, La. — Military-related spending in Louisiana accounts for $7.7 billion in annual economic output – a significant impact affecting every region of the state, according to a study just completed for the State of Louisiana. Economic activity associated with that spending provides more than 77,000 jobs and pays almost $280 million in state and local taxes, the study found.

In terms of payroll employment, the military accounts for 4 percent of Louisiana jobs – one out of every 25 jobs in the state. Employment related to the military in Louisiana includes 53,000 direct jobs at military facilities and properties and connected to military contract work and spending by military retirees. The state’s military employment also includes 24,000 indirect and induced jobs, according to report co-author Dr. Martin Romitti.

The 56-page report, compiled by Business Development Advisors for the 2016 fiscal year, evaluates expenditures at Louisiana military facilities; Department of Defense and Coast Guard contracts performed in Louisiana; and pay to military retirees in the state. The study was commissioned by Louisiana Economic Development and the Louisiana Military Advisory Council. State law mandates an in-depth assessment of the military’s economic impact in Louisiana every four years.

“Throughout its history, Louisiana has had a great military tradition,” Gov. John Bel Edwards said. “The operations of our Armed Forces throughout the state – and the individuals who are engaged in those activities – continue that tradition, and in doing so they make important contributions to Louisiana’s economy. With eight military installations across the state and substantial defense contracting in the Bayou Region and the New Orleans area, our economy continues to benefit from military-related activity in the state.”

Louisiana’s military facilities and assets include:

“Louisiana’s military assets serve a critical role for our national security, and they have become a significant economic driver for our state,” said LED Secretary Don Pierson, who serves as chairman of the Louisiana Military Advisory Council. “Our regional and local economic development partners throughout the state join us in supporting our military facilities and personnel.”

Total military contract spending in Louisiana for 2016 was $1.52 billion – the highest level since 2012. This spending includes contracts for the Coast Guard and excludes civil works and engineering services of the Army Corps of Engineers. Louisiana ranks No. 32 for military contracts, No. 1 for Department of Homeland Security prime awards (due largely to Coast Guard contracts with Louisiana shipyards) and No. 20 among the 50 states and the District of Columbia for the combined total value of military and Homeland Security contracts in 2016.

Louisiana had nearly 27,000 military retirees who received annual gross pay in excess of $660 million and generated an estimated $715.9 million in economic impact in the state in 2016, the study said. The number of military retirees living in the state has climbed by more than 3,100 persons, over 13 percent growth, in the four years since the previous study. Veterans are not included in the economic impact study because veteran spending is not considered military spending; however, veteran expenditures in 2016 were approximately $2.6 billion for an estimated 287,000 veterans living in Louisiana.

“This study reinforces something we have long known about military retirees and other veterans in Louisiana: they are vital assets for our state’s economy,” Louisiana Veterans Affairs Secretary Joey Strickland said. “Our military retirees and veterans are key members of the Louisiana workforce. They can offer important skill-sets that match up well with the new job market as our state expands its cybersecurity and other tech-related sectors.”