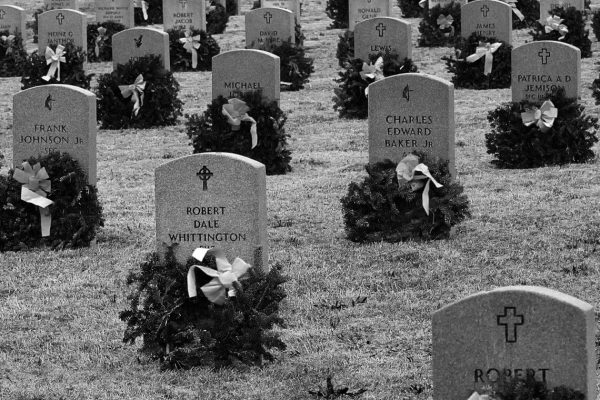 President Harry S. Truman once said, “Our debt to the heroic men and valiant women in the service of our country can never be repaid. They have earned our undying gratitude. America will never forget their sacrifices.”

LDVA’s CLVC has arranged for the burials of these unclaimed veterans to occur in their committal shelter where they will be given individual honors. The Patriot Guard Riders, along with members from various Veterans Service Organizations, will be there to pay their final respects.

While the U.S. Department of Veterans Affairs National Cemetery Administration does offer no-cost burial benefits to qualifying veterans, the veterans family is responsible for making funeral or cremation arrangements with a funeral provider or cremation office at the time of death. Any item or service obtained from a funeral home or cremation office is obtained at the expense of that family.

However, not all families can afford these costs and some veterans have no living family members to make these arrangements. For this reason, LDVA Secretary Joey Strickland has made it a priority during his Administration to help ensure that all of the men and women who served in our military are honored and remembered.

Over the past few years, the LDVA has gone above and beyond to facilitate the burials of many qualified veterans, like PFC Winn and AR Spence, who were indigent, homeless, or without any known survivors.

Some veterans may also be eligible for Burial Allowances. Cremated remains are buried or inurned in veteran cemeteries in the same manner and with the same honors as casketed remains.

Hundreds of community members are expected to attend these two moving burials at 1 p.m. on April 17, including service men and women from across generations and branches of service, community supporters, and local veterans. We invite you to join them.

All media inquiries should be directed to LDVA’s Communications Director, Ms. Alex Juan. She can be reached via email at: alex.juan@la.gov or by calling: (225) 281-7833.