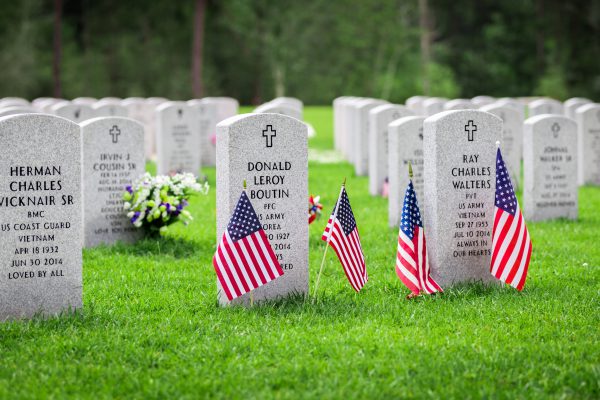 BATON ROUGE – You are invited to join us as we honor the lives of Vietnam Army Veterans Wayne Patin and Harry Furner at 10:30 a.m. on Wednesday, Jan. 24, at our Southeast Louisiana Veterans Cemetery (SELVC).

As President Harry S. Truman once said, “Our debt to the heroic men and valiant women in the service of our country can never be repaid. They have earned our undying gratitude. America will never forget their sacrifices.”

Louisiana Department of Veterans Affairs (LDVA) Secretary Joey Strickland said that this event is especially meaningful because it gives our communities an opportunity to stand by two Vietnam Veterans who have no known living family members and to make sure that the sacrifices they made while in service to our country are never forgotten.

“I encourage everyone who can to attend these two Soldier’s military funerals on Wednesday to do so,” said LDVA Secretary Joey Strickland. “They are our brothers-in-arms and we want to ensure that they receive the honors that they deserve.”

LDVA’s Southeast Louisiana Veterans Cemetery has arranged for these burials to occur in the pavilion area. Both of these Veterans will be given full military honors. The Patriot Guard Riders, along with members from various Veterans Service Organizations, will be there to pay their final respects.

For this reason, LDVA Secretary Strickland has made it a priority during his Administration to help ensure that all of the men and women who served in our military are honored and remembered. The LDVA has gone above and beyond to facilitate the burials of several qualified Veterans who were indigent, homeless, or without any known survivors.

“We have coordinated the burials for 6 qualified Veterans in the past year alone,” said Secretary Strickland. “But, our Department could not have done this without generous donations from the Catholic War Veterans (CWV), Post 1969.”

CWV Post 1969, along with the Louisiana Military Support Corporation, which is a 501c 3, was able to assist the Louisiana Department of Veterans Affairs to cover some of the funeral and cremations costs of unclaimed Veterans. Their generosity has helped ensure that these men and women, who bravely served in our Armed Forces, were given proper burials.

“Several months ago I was contacted and asked if our Catholic War Veterans USA, Post 1969 could raise some money to help pay the costs of unclaimed Veteran funerals or cremation arrangements,” said Larry Jones, Commander, USCG (retired). “The request to help deceased Veterans without any living family members to receive a proper military funeral is something that we are proud to do.”

Some Veterans may also be eligible for Burial Allowances. Cremated remains are buried or inurned in national cemeteries in the same manner and with the same honors as casketed remains.

Many people from the community are expected to attend these two moving ceremonies on Wednesday, Jan. 24, including service men and women from across generations and branches of service, community supporters, and local Veterans.

For more information on how to support the Catholic War Veterans, Post 1969, in their mission to help give unclaimed Veterans a proper burial, please reach out to them via email, at: CWVPOST1969@aol.com.