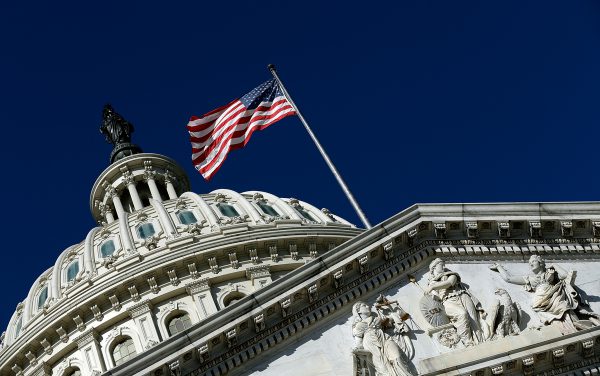 WASHINGTON — In a final flurry of activity before their scheduled August recess, House lawmakers passed a series of veterans-themed legislation, including an emergency funding measure to keep the Veterans Affairs Choice program afloat for another six months.

That financial bridge for Choice — which allows veterans to seek care with private-sector physicians at VA’s expense — is expected to quickly pass the Senate, given a mid-August funding deadline for the program. Senate Veterans’ Affairs Committee Chairman Johnny Isakson, R-Ga., and ranking member Jon Tester, D-Mont., have already endorsed the plan.

The agreement comes after a tumultuous week on the issue where a previous plan was defeated on the House floor, sending lawmakers and veterans advocates scrambling for a quick new compromise. On Wednesday, VA officials announced a deal had been reached, but lawmakers denied that release and spent another day negotiating details.

The final plan, which passed the House by a 414-0 vote Friday, is a $3.9 billion emergency spending plan that provides $2.1 billion for six months of funding for the Choice program and $1.8 billion for 28 new medical leases and new health care specialist hires within VA.

Money for the legislation would come from trimming pensions for Medicaid-eligible veterans and a variety of fees, offsets that have been largely non-controversial.

What has been controversial is the larger issue of continuing to fund the Choice program. Several leading veterans groups have resisted efforts to continue funding the program without more money for core VA services, arguing that shifting money outside the federal system risks undermining it.

But other groups — in particular, several conservative-backed veterans organizations — have pushed for more flexibility for veterans who wish to seek care outside the VA system.

“Committee Ranking Member (Tim) Walz and I have worked feverishly with our Senate counterparts to find a solution that can pass both chambers and ensure veterans will continue to be able to access care in the community,” he said before the vote.

“There’s still much work ahead, and this is only six month patch in the Choice program. The ranking member and I have a framework agreement for moving forward. And that will require cooperation and buy-in from all my colleagues in the House and Senate.”

In a statement following the vote, members of a veterans coalition that had opposed the earlier deals praised Roe and the rest of the congressional negotiators for reaching a compromise they praised as important to veterans care.

But the groups — Veterans of Foreign Wars, AMVETS, Disabled American Veterans, Iraq and Afghanistan Veterans of America, Military Officers Association of America, Military Order of the Purple Heart, Vietnam Veterans of America and Wounded Warrior Project — also said lawmakers “must immediately turn our attention to the coming debate over how to strengthen and modernize the VA health care system, and how community care should be integrated to ensure timely and convenient access for all enrolled veterans.”

VA officials had said without a funding fix by mid-August, thousands of veterans using the Choice program could be left without medical options in their communities, and third-party administrators working with the program could be cut off from the VA system.

No timetable has been set for a Senate vote on the new compromise. That chamber is scheduled to begin its summer recess in two weeks.

In addition to the Choice fix, the House advanced four other pieces of veterans legislation. None have the urgency of the funding shortfall, but are largely non-controversial that could be passed by the Senate in months to come.

All four of the measures were passed by voice vote without opposition.

Leo Shane III covers Congress, Veterans Affairs and the White House for Military Times. He can be reached at lshane@militarytimes.com.