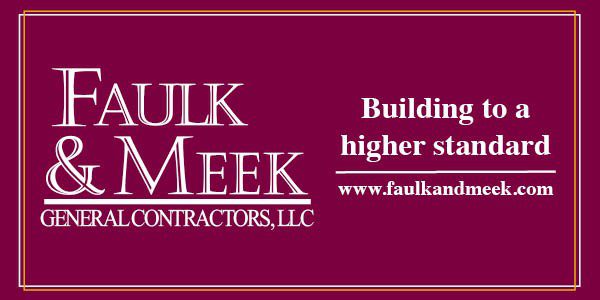 BATON ROUGE, La. – “Veterans Helping Veterans” is a popular principle among the military community. But, when a local business that is owned by two Marines, David Faulk and John Meek, steps up to the plate to honor Louisiana Gold Star Families, it means that much more.

Faulk & Meek General Contractors, LLC were selected to lay the ground work for the Louisiana Gold Star Families Memorial Monument. They are a full-service commercial general contractor with regional capacity licensed in Louisiana, Alabama and Mississippi.

“I am truly proud of Louisiana in leading the way to recognize these Veterans and their families,” says David Faulk.  “Louisiana has set a fine example for other states to follow.”

The purpose of the Gold Star Families Memorial Monument is to honor Gold Star Families, preserve the memory of the fallen, and stand as a stark reminder that freedom is not free. The Louisiana memorial will be the first of its kind in the nation to be placed on state capitol grounds.

“Personally, I am shocked to hear that there is not a Gold Star Families Memorial Monument on state capitol grounds anywhere in our country” says Faulk.  “I am truly proud that our firm has the privilege of being involved with this first-ever tribute.

“I am very honored to be a part of this project, says Faulk & Meek Office Manager and Gold Star sibling Andi Lamana Chatelain. Her brother, U.S. Navy LT. Michael Scott Lamana, was one of 189 who perished as the hijacked American Airlines Flight 77 crashed into the Pentagon building on Sept. 11, 2001.

“The Louisiana Gold Star Families Memorial Monument project jumped out at me for a number of personal reasons that are difficult to articulate,” says John Meek.

“Most importantly,” he continues, “in addition to being a Faulk & Meek employee, Andi has been a friend of mine since we were 7-years-old.  I knew her brother quite well, also.”

“I have a tremendous regard for Andi’s family, and consider her father a dear friend and a mentor of sorts,” says Meek. “Personally, I find this a logical way, since it’s (Vets Helping Vets) is what we do, for us to pay tribute to those who have made the ultimate sacrifice and to their family members who remain among us.”

“We believe that the service of Veterans should be recognized and that most won’t ever truly know or understand the sacrifice that Veterans have given to their country,” says Faulk.

“With all of the recent controversy surrounding monuments on public ground, I hope that this monument will serve as a beacon for all Americans to recognize those who have paid the ultimate sacrifice while serving our country,” says Faulk.

“Additionally, I believe that this monument will have a significant meaning to me because of the close bond felt with Andi who works alongside us every day.  Her brother, Scott, and I were friends and classmates at Catholic High School. Being a part of the construction of this monument I believe that I am able to pay a particular personal tribute to him and his family.”

“In addition to working with Andi daily, we see her with her family and her parents weekly at mass at St. Aloysius Parish,” says Faulk.  “This close personal connection reminds me of the sacrifice that so many have made to protect our freedoms and keeps the service of so many brave men and women who courageously serve our country in the forefront of my mind.”

Faulk & Meek was formed in 2008 and is operated by David Faulk and John Meek, who collectively have 42 years of extensive experience in all phases of the commercial construction market.  Prior to their careers as general contractors, David and John proudly served in the United States Marine Corps for a combined 12 years.

“I have known John Meek most of my life, and I have the utmost respect for him and David Faulk,” says Chatelain. “I consider both of them part of my family, and am touched and very appreciative that Faulk & Meek pursued this project and is overseeing the construction of this monument.”

Meek also encourages Veterans that are looking to start their own businesses in Louisiana. “I attribute much of my own determination to lessons learned while in the Marine Corps,” he says.  “I know that I can say the same for David.”

“We tell our project teams after every project that they have essentially built a monument that documents their hard work and determination, and that they will forever be able to bring their friends and family to the site and tell them that they had a part in building it,” says Faulk.

“Like our service as Veterans, there remains a great deal of sacrifice and hard work to make the business work and become successful,” says Faulk. “I am grateful for the lessons I learned in the United States Marine Corps that help me today in being a successful business leader.  That “Can do attitude” has allowed me to always look ahead and no doubt has contributed to my success and confidence as a business owner. Also, it’s nice to have a fellow USMC Veteran business partner and best friend to march alongside you when the going does get tough!”

“If you are a Veteran and considering starting your own business what are you waiting for?” he questions. “You possess all of the skill, determination, attitude and intestinal fortitude to make it happen. There are plenty of Veterans assistance programs available.  Is it difficult? Yes.  Is it rewarding? Absolutely!”

“Some of my best memories are of my time spent in the USMC,” says Faulk. “Serving my country as a Marine is truly one of my proudest achievements. I will never forget it.  My service has allowed me to know and respect the sacrifice of our Veterans and truly appreciate the ultimate sacrifice of our Gold Star Families.”

Hundreds of people from around the state are expected to attend this dedication ceremony, including Gold Star families, Veterans, service men and women from across generations and branches of service, school groups, and several veteran service organizations (VSO’s).

“We are excited to be involved in, and look forward to a successful dedication ceremony happening at the Louisiana Veterans Memorial Park on Sept. 30,” says Meek.

“I would hope that when people visit the Louisiana Gold Star Families Memorial Monument they remember and give thanks to all of the men and women who have made the ultimate sacrifice for our country and freedom,” says Chatelain. 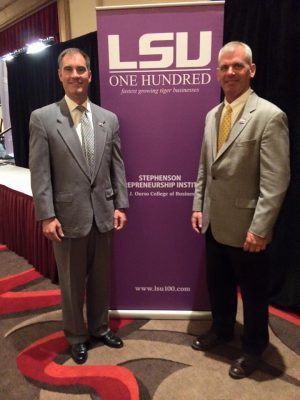