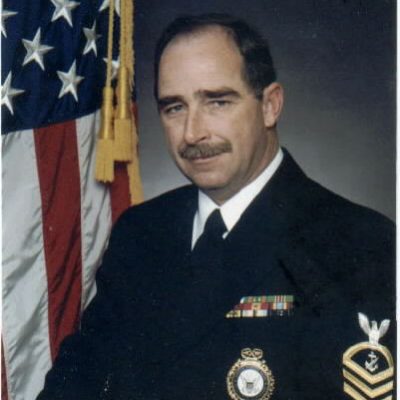 C.C. Kimball wholeheartedly believes in the United States Navy values of Honor, Courage, and Commitment that he was taught while in service to our country. He’s put these values to good use throughout his career, and will continue to pass these on to the communities he serves.

Kimball is a native of the small town of Wisner, Louisiana, located in Franklin Parish. He is the third of four children born to W.A. and Dixie Kimball.

He knows what it means to serve as he’s spent the majority of his adult life in service to his country or to his fellow Veterans. The Louisiana Department of Veterans Affairs (LDVA) is proud to have had him on our team for the past 12 years.

Kimball joined the LDVA team on Aug. 30, 2006 and has served as the VAC for Concordia, Tensas, and Catahoula Parishes. He has also filled in at the Madison and Franklin Parish offices when needed. He will be retiring from the LDVA on May 31, 2018.

Prior to that, he had a distinguished, 22-year Navy career that earned him 46 awards. For his honorable and dedicated service, Kimball received both the Navy and Marine Corps Commendation Medals with 1 Gold Star, the Navy and Marine Corps Achievement Medals with 2 Gold Stars, the Meritorious Unit Commendation, the Good Conduct Medal with 4 bronze stars, the National Defense Service Medal with 2 bronze stars, the Global War on Terrorism Service Medal, the Sea Service Deployment Ribbon, the Navy Recruiting Service Ribbon with silver star, the Armed Forces Reserve Medal with Bronze Hour Glass, the Expert Pistol Shot Medal, and the Gold Wreath for Recruiting Excellence.

Kimball enlisted in the Navy as a Seaman Recruit in January of 1974.  His first assignment was the Recruit Training Command (RTC) in Orlando, Florida. RTC, or boot camp, was charged with “providing basic indoctrination for enlisted naval personnel.”

During that time, approximately 3,600 recruits occupied its five modern barracks, each of which housed 12 recruit companies. These five barracks, plus a 4,600-man mess hall, a classroom building, a recruit chapel, a training ship mock-up, and other facilities comprised the first camp of the RTC.

After basic training, Kimball was sent to Great Lakes, Illinois where he would earn the Opticalman (OM) rating. As the name implies, his world as an Opticalman revolved around optical tools. In the Navy, optical devices can be divided into three broad categories—microscope, telescope, and periscope—and any piece of Naval optical equipment falls into one of those groupings or is derived from a combination of the two.

Once fully trained, Kimball was deployed to the USS Yosemite (AD-19) which was a destroyer tender for the Navy from WWII until the 1990’s. The Yosemite was an auxiliary ship designed to provide maintenance support to a flotilla of destroyers or other small warships.

During his time in the Navy, Kimball progressed through the ranks, and was released from active-duty in January of 1978 at the rank of Petty Officer Second Class.

After his release from active-duty, he spent the next eight years working a variety of civilian jobs, most of which centered on the oil and gas industry.

In November 1986, he joined the selected reserve and was assigned to the USS Ajax (AR-6) at the Naval Reserve Facility in Monroe, Louisiana. He again worked his way up the ranks eventually serving as a Recruiter-in-Charge and being selected for the position of Zone Supervisor for the state of Louisiana.

Chief Kimball was promoted to his present rank on September 16, 2000. With this promotion he was transferred to Millington, Tennessee to serve as Zone Supervisor for Middle and Western Tennessee.

“C.C. has been a tremendous asset to our Department and we hate to see him go,” says LDVA Northeast Louisiana VAC Regional Manager Tommy Simms who’s worked with Kimball for the past 12 years. “He’s the type of VAC that always goes the extra mile and would do just about anything for Veterans,” he says. “He’s going to be hard to replace.”

LDVA counselors, like Kimball, are the unsung heroes of the Department. They are our first line of defense, the ones that make a difference in lives of Louisianans, one military family at a time, one Veteran at a time, and we could not be more proud of all that they do.

Kimball and his wife of 36 years, Jackie, have five sons, seven grandchildren, and one great grandchild. Following his retirement, he plans to work in ministry, camp, travel and fish.