Deploy or get out: New Pentagon plan could boot thousands of non-deployable troops 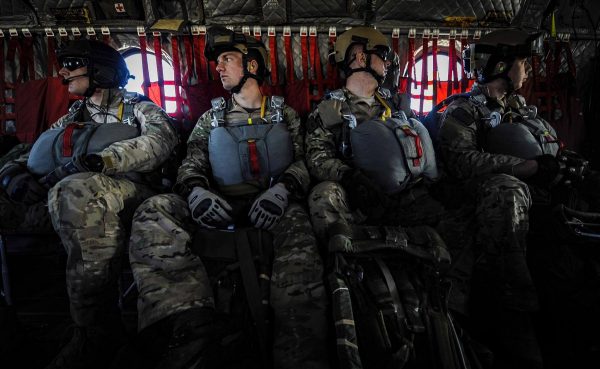 Service members who have been non-deployable for the past 12 months or more will be separated from the military, based on new Defense Department policies that are under final review.

The “policy will require the services to process members who are non-deployable for 12 consecutive months for admin or disability separation,” according to a draft summary of the policy obtained by Military Times.

“This memo will be followed by a [Department of Defense Instruction], which will take several months to complete.”

The new retention policy is being reviewed by the service chiefs and Deputy Secretary of Defense Patrick Shanahan.

Approximately 11 percent, or 235,000, of the 2.1 million personnel serving on active duty, in the reserves or National Guard are currently non-deployable, according to Command Sgt. Maj. John Troxell, the senior enlisted adviser to Joint Chiefs Chairman Gen. Joe Dunford.

As continued operations overseas have stressed the military, the Pentagon has begun to target that 11 percent to either get deployable, or get out.

“The other numbers I’m talking about [the 116,000 injuries] … very few of those are related to combat injuries. Or battle injuries. It’s related to everyday, doing their job, or during physical training that they were injured.”

“If you are going to serve and continue to want to serve, and if you want to make this a career, you’re going to have to learn that path of recovery and get back to being healthy. Because we need healthy, fit warriors to defend this nation,” Troxell said.

Defense Department officials could not provide the number of injured personnel who have been on non-deployable status for the past 12 consecutive months.

The draft retention policy is a result of Defense Secretary Jim Mattis’ direction, in a July 21 memo, to focus on non-deployable troops and other factors, such as excessive training requirements, which he saw as impacting both “warfighting readiness and force lethality.”

When asked about the new policy, Mattis reiterated the importance of improving force readiness — a priority he has pushed since his first day on the job.

“Make no mistake, our enemies are watching,” he said in a statement to Military Times. “We must remain focused on improving warfighter readiness. That is our first line of effort — building a more lethal joint force that is capable of operating anywhere in the world.”

Service members can be categorized as non-deployable for many reasons.

For example, service members in the middle of a permanent change of station, who are not up to date on immunizations, who are nearing retirement, who have a medical condition that will take 30 days or more to heal, or who face legal problems can all be classified as non-deployable.

In addition, service members who fail fitness or body fat tests must get a waiver to be considered deployable — a challenge that the department is targeting separately in a review of its fitness programs and standards.

For certain non-deployable personnel, such as wounded warriors, the services would retain the ability to grant exceptions to the retention policy.

“With the cutting-edge technology of medicine, we’ve shown that some of our wounded warriors, or some of those wounded outside of combat, can recover and contribute to the team,” Troxell said.

Based on the summary memo obtained by Military Times, the department will also address an appeals process for service members affected by the new policy in future implementing instructions.

“We’ve got to look at each [situation] on a case-by-case basis and say, ‘Alright, you’ve been in a non-deployable status for 500 days. … It’s time to have a path for what you are going to do,’ ” Troxell said. “And if we can’t get you healthy, then we probably need to process you for separation and allow [the Department of Veterans Affairs] to assist you, or allow you to get the help you need.

“Because the more of these people we have that can’t deploy and do their mission, that means somebody else has to pull their weight for them, or we have a void or a degradation in capability, because we don’t have the requisite people.”

Based on the draft policy, the services would separate individuals through the existing Defense Department instructions that handle enlisted and officer administrative separations, specifically DoDI 1332.14 and 1332.30.

Each of the services currently has its own policies regarding non-deployable individuals.

For example, in 2016, the Marine Corps made it easier for combat-injured Marines to stay in the service by creating an “Expanded Permanent Limited Duty Status.” As a result, Marines who have been wounded in combat and are willing to make a lateral move to another job field could continue to re-enlist for periods of 48 months.

The Air Force did not provide data on how many of its airmen are non-deployable. Although a Pentagon-level effort to crack down on non-deployable troops could produce short-term discomfort for a service that needs to add personnel, in the long run it could help alleviate the burden on the rest of the force.

At a news conference last November, Air Force Secretary Heather Wilson highlighted one airman who had deployed 17 times, and said the service is “burning out our people,” and that they will eventually leave because their families can’t take it anymore.

Having more airmen to share that burden could only help.

The Navy did not provide updated figures on how many of its personnel are in a non-deployable status. But, historically, the service’s documented limited-duty population has hovered between 3,000 and 4,000 sailors.

The one-year mandate isn’t likely to go over well with Navy leaders, who are actively working to find ways to keep sailors in the ranks and keep the ships manned with trained personnel.

The Navy has stopped administrative discharges for sailors with multiple fitness failures, opting instead to let them finish their enlistments and giving them more time to get into standards.

“Retention of every capable sailor is critical to the operational readiness of the Navy,” Vice Adm. Robert Burke, the chief of naval personnel, wrote in December as he announced the service was ceasing physical fitness premature discharges.

Given this recent change of course, it’s almost certain the Navy would prefer to handle non-deployable sailors in the same way, erring on the side of more time to heal than having to lose people altogether.

And in some cases, the official number of service members on limited-duty status might be only a fraction of the true number.

In 2013, the Naval Audit Service found that nearly 16,000 officers and sailors — or more than four times the official number — were medically unqualified to deploy but were not officially on limited-duty status.

The great majority of those were “hiding” on shore duty, opting to use that time to quietly get healed and not allowing themselves to come up on the Navy’s limited-duty radar, which has consequences related to pay and promotions.

The Navy’s main fix was to rework its internal tracking system. Navy officials say they now maintain detailed databases to track every sailor’s deployment status, and that information is now available to those making job assignments so there are no surprises.

The Army, which until recently was looking at a dramatic downsizing, pushed for years to reduce the number of non-deployable soldiers.

Five years ago, the service had 50,000 active-duty soldiers who were non-deployable. The Army whittled that number down to 20,000 as of mid-2017, Army Chief of Staff Gen. Mark Milley told lawmakers on Capitol Hill.

However, estimates still put another 80,000 non-deployables in the National Guard and Army Reserve, where longer deployment cycles and infrequent face-time with commanders can make it easier to ignore an illness or injury.

The majority of those personnel are non-deployable due to administrative reasons, Sergeant Major of the Army Dan Dailey told Military Times in 2017.

Only about 2 percent of that total is permanently non-deployable due to health reasons, Dailey said.

“Those are the soldiers where we need to make the tough decisions,” Dailey said. “Are you going to be able to get back to full health and be able to perform your jobs operationally? And if not, we’ve got to make the decision.”

Dailey told Military Times those are hard calls to make.

“Those are very emotional sometimes. Sometimes we have a tough time with that. This is a human endeavor,” he said. “Some of these soldiers have fought in combat two, three, four, five, six times. We’ve got to do the right thing with regards to the soldier.”