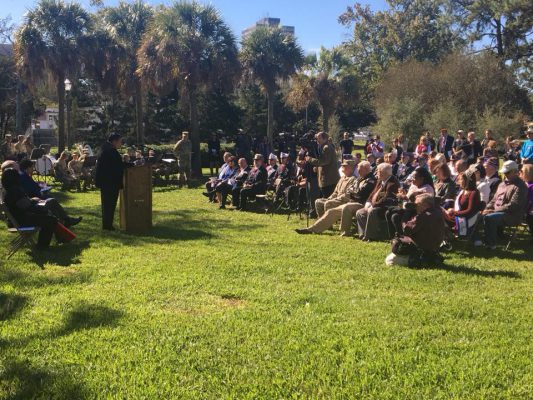 A ribbon-cutting and dedication ceremony was held for the Louisiana Veterans Memorial Park in Baton Rouge on Friday.

The grounds of the Old Arsenal Museum was designated as the new memorial park.

The Louisiana Department of Veterans Affairs (LDVA) said the park is the first on state property to recognize the hundreds of thousands of people from Louisiana who have served, been wounded, or been killed while serving in the US military.

The event included the official ribbon-cutting and dedication of the Louisiana Veterans Memorial Park, posting of the colors by USGC District Eight Color Guard, and performances by the 156th United States Army Band from Bossier City.