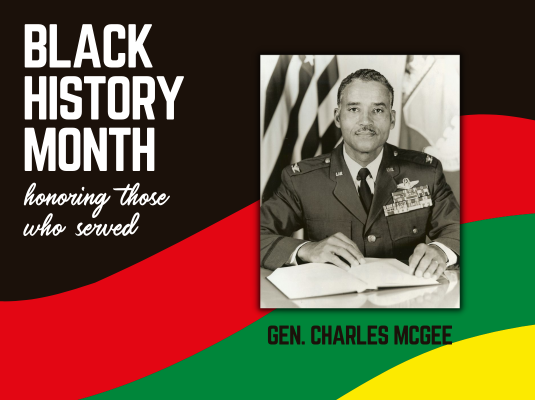 During Black History Month, we will honor the Black men and women who have served our state and country. Our first feature is Gen. Charles McGee, a Tuskegee Airman, who recently passed at the age of 102.

Before enlisting in the Army, Gen. McGee pursued entrance to an elite corps for pilot training. He was chosen and sent to Tuskegee Army Air Field where the climate was ideal for year-round flying. Most didn’t finish pilot school, but Gen. McGee did and earned his wings in June of 1943. During his remarkable career, he flew a total of 409 combat missions in World War II, the Korean War and the Vietnam War.

Gen. McGee, who held many command posts through the years, received the Legion of Merit, the Distinguished Flying Cross, the Air Medal, the French Legion of Honor and the Bronze Star, among other decorations.

Read more about Gen. McGee in a New York Times article about his life and service at https://www.nytimes.com/2022/01/16/obituaries/charles-e-mcgee-dead.html.