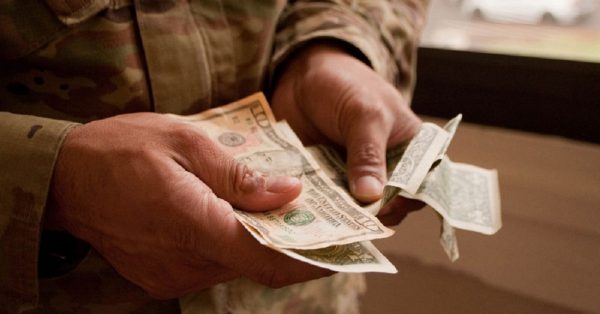 Nearly 40 military and veteran service organizations have launched a $250,000 advertising campaign urging the Defense Department and the Consumer Financial Protection Bureau to continue strong enforcement of a law that protects service members and families against predatory lenders.

“Service members and their families suffer harm when predatory lenders target them with financial fraud and extremely high interest rates,” wrote the advocates. “We urge you to stand with the troops and against any attempt to weaken the Military Lending Act, including the Bureau’s supervisory and enforcement authority and the Department’s rules against predatory lending by all businesses, including by car dealerships.”

In addition to the advocates, 49 senators previously sent a letter to Mulvaney at CFPB urging the bureau to use all authorities available to ensure troops and their families receive their protections under the law.

The organizations are also urging people to add their names to a petition voicing their opposition to attempts to weaken the protection, at KeepMilitaryProtections.org.

The campaign is in response to recent reports that the Consumer Financial Protection Bureau is considering pulling back on its regular examinations of payday lenders and others to ensure they are following the Military Lending Act. Advocates have raised concerns that removing this supervisory authority, in effect providing less monitoring of these lenders, would mean less deterrence in the marketplace.

Advocates, military commanders and others generally agree that the Military Lending Act has had the desired effect of reducing the usage of payday lenders, which in the past have targeted service members with interest rates topping 300 percent.

The Military Lending Act of 2006, and the DoD regulations that implement that law, limit the maximum annual percentage rate to 36 percent on most consumer loans to active-duty military and their dependents, including application fees and certain other fees in the calculation. Generally, most loans’ APR would be less than 36 percent, but loans with even higher interest rates, sometimes more than 300 percent, are still available to everyone else in the civilian community.