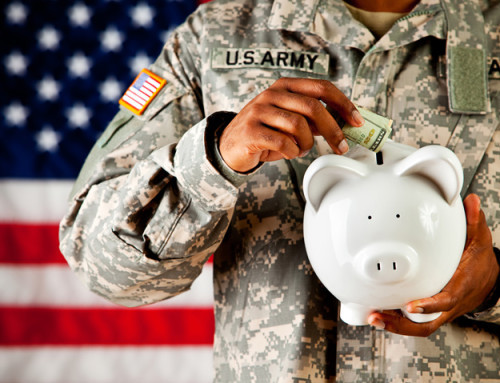 WASHINGTON — The Trump administration announced plans Monday to make it easier for permanently disabled military veterans to have their federal student debt wiped away.

Anyone with a severe disability is eligible by law to have the government discharge their federal student loans, but the benefit has not been widely publicized. Working with the Department of Veterans Affairs, the U.S. Department of Education will begin identifying eligible veterans who will receive an application for loan forgiveness. Disabled veterans must sign and return the application to complete the process.

“Our nation’s veterans have sacrificed much for our country. It is important that, in return, we do all we can to give them the support and care they deserve,” Education Secretary Betsy DeVos said in a statement Monday. “Simplifying the loan forgiveness process and proactively identifying veterans . . . is a small but critical way we can show our gratitude.”

The match program builds on an effort started during the Obama administration to help severely disabled Americans. In 2016, the Education Department partnered with the Social Security Administration to identify borrowers receiving disability payments with the specific designation of “Medical Improvement Not Expected,” an indication of discharge eligibility. The agencies found 387,000 matches in its first review, of whom 179,000 were in default on their loans and at risk of having with their Social Security benefits garnished.

That process, however, failed to capture permanently disabled veterans who receive benefits through Veterans Affairs, rather than the Social Security Administration. Although the VA signed an agreement in November 2016 that would have extended the match program to veterans, Education Department spokeswoman Liz Hill said the information was never exchanged. Monday’s action seeks to rectify the oversight, much to the delight of veterans groups.

“The Education Department and VA are to be commended for collaborating to make this happen. Interagency data-sharing can solve so many problems, but the agencies have generally been reluctant to break out of their silos,” said Carrie Wofford, president of Veterans Education Success, a nonprofit watchdog and advocacy group. “This is a terrific first step for disabled veterans.”

Wofford said she hopes the collaboration between the agencies will soon result in automatic loan discharges for severely disabled people, eliminating the need for borrowers to apply for a benefit they are due under the law.

Advocacy groups have long called on the federal government to automate disability discharges, but policymakers said they were hamstrung by tax law. For years, the federal government treated the amount of money forgiven through a disability discharge as taxable income. That created a roadblock to automation because the Education Department did not want some unsuspecting borrower to end up with a tax bill, explained Clare McCann, a former policy adviser at the Education Department under former President Barack Obama.

But the tax overhaul signed into law this year put an end to the government counting as taxable income student debt that is forgiven because of death or disability.

“The excuse that the last administration gave for not automatically discharging the loans — the potential for tax liability — no longer exists. That tax liability was eliminated in tax reform,” said Persis Yu, the National Consumer Law Center’s student loan borrower assistance project director. “Therefore, the Department of Education has no excuse for withholding relief from borrowers it knows to be eligible.”

Education spokeswoman Hill said, “While recent tax changes have removed federal tax implications, there still may be state tax implications associated with discharges that a veteran may consider.”