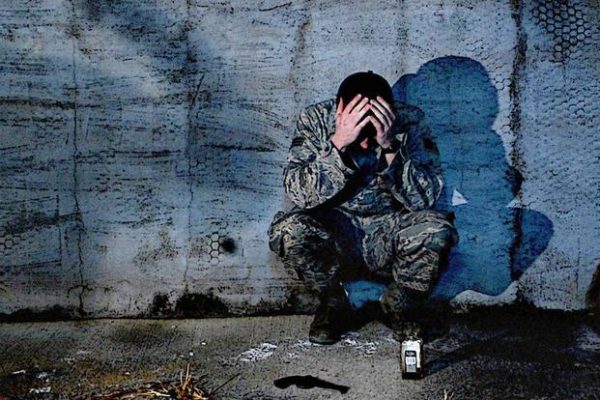 President Donald Trump on Wednesday unveiled a long-awaited plan by a White House task force to address the problem of veterans’ suicides — a “roadmap” that includes suicide prevention training across professions, a public awareness campaign, community partnerships and promotion of safe storage of weapons for firearms owners.

The President’s Roadmap to Empower Veterans and End a National Tragedy of Suicide, or PREVENTS, was introduced in response to the troubling problem of veteran suicides, which occur at a rate of roughly 20 a day, including active-duty service members.

The task force that crafted the report was led by Veterans Affairs Secretary Robert Wilkie and charged with providing a comprehensive approach to supporting veterans and improving their mental health outlook and circumstances.

The report calls for an end to the national crisis of suicide.

“The goal is bold and audacious but not impossible,” the report states. “As a nation, PREVENTS can equip all Americans with the knowledge and skills necessary to care for themselves and can reach those who are at risk — veterans and non-veterans alike.”

During the rollout Wednesday, Trump said the plan is designed to “mobilize every sector of American society to empower veterans and help them thrive after they leave” military service.

“There is no single solution to this issue — every resource must be brought to bear,” Trump said.

The effort is largely built on initiatives intended to reduce the stigma of seeking mental health treatment, collaborations with public and private partners and efforts to educate the American public on what they can do to reduce suicide.

The national public health campaign will publicize risk factors and prevention, modeled after successful national awareness initiatives such as the “Friends Don’t Let Friends Drive Drunk” or “Buckle Up for Safety” campaigns, according to administration officials.

“As lead ambassador, it’s my goal to help take away the stigma of mental health. … We want [veterans] to know — and anyone who’s considering suicide — that there are people out there who want to help. There is a way forward,” Pence said.

Another major initiative is a plan to promote safe storage of firearms and encourage gun safety. The plan calls for more awareness programs and initiatives that offer free or inexpensive options for storing guns and other weapons.

It does not propose any firearms restrictions.

“We know there are partnerships and efforts underway, talking with firearms associations, gun shop owners, that encourage the education of recognizing the signs, indicators [of suicide] and encourage … safe storage. What we don’t want to do, especially with our veterans who are avid hunters or collectors, in any way shape or form, is anything that would make it less likely for them to seek help,” an official said.

Wilkie on Wednesday that suicide prevention is “VA’s highest clinical priority” but he added that no single organization can end veterans suicide by itself.

“By employing a public-health approach to suicide prevention, President Trump’s roadmap will equip communities to help veterans get the right care, whenever and wherever they need it,” Wilkie said.

Trump also said the White House has reached out to more than 30 corporations to encourage them to focus on the mental health of their veteran employees, and pledged to draw on successful approaches to mental health developed by veterans organizations and nonprofits.

Chad Hiser, a Marine veteran who served in the Batte of Nasiriyah in Iraq 2003 and developed post-traumatic stress disorder and moral injury following the death of several Marines, survived a 2005 suicide attempt. He told the audience at the White House that his recovery could be attributed to his belief in Jesus Christ and the Wounded Warrior Project’s Project Odyssey program, an outdoor retreat designed to challenge and support struggling veterans.

“The newfound hope I had was my foundation,” Hiser said. “I’ve realized through my own experience how vital it is for veterans to have a positive support system, not only from families and communities but also within our government.”

Other PREVENTS recommendations include:

The task force had hoped to release its report by early March but it was delayed by the COVID-19 pandemic. Veterans groups pressed for its release, however, over concerns that veterans were experiencing higher levels of stress due to pandemic-related unemployment, homelessness and isolation.

Even before the report was released, some lawmakers and advocates said its recommendations do not go far enough to help service members in crisis. Chairman of the House Veterans Affairs Committee Rep. Mark Takano, D-Calif., called the action points “tepid” and said he plans to improve VA outreach to service members transitioning back to civilian life and focus on women and minority veterans.

“Tepid calls for more research, interagency coordination, and meek public education campaigns won’t do enough to end this crisis — we have much more substantial work to do to prevent veteran suicide and ultimately help save veterans’ lives,” Takano said.

Others viewed the report’s recommendations as encouraging.

“It’s past time for a whole-health approach to confronting veteran suicide where the responsibility is shared on a broader scale. This PREVENTS roadmap and collaborative approach spreads the responsibility so that we can finally close gaps through which too many veterans fall,” AMVETS Chief Advocacy Officer Sherman Gillums Jr. said.