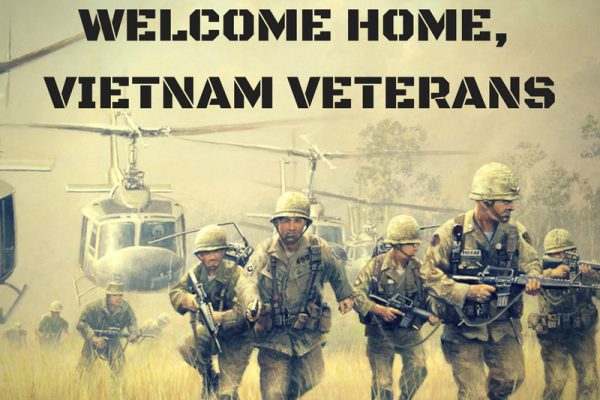 BATON ROUGE – Across the Nation, Americans are uniting to thank and honor Vietnam Veterans and their families for their service and sacrifice.

On March 29, America will observe National Vietnam War Veterans Day. This special day was added to our national holidays when the President signed into law The Vietnam War Veterans Recognition Act of 2017. The LDVA will host their event the day before during the regular Legislative Session at the new Veterans Park located adjacent to the State Capitol.

As a proud partner of the United States of America Vietnam War Commemoration, an organizationally based, hometown centric, veteran-focused program designed for federal, state, and local organizations to assist a grateful nation in thanking and honoring our Vietnam Veterans and their families where they live and work, the LDVA will be making sure that our state remembers and honors these brave men and women.

“Our goal is to make this a major recognition event for the Vietnam Veterans in our state,” said LDVA Secretary Strickland, who is a decorated combat Veteran of the Vietnam War. “We are proud of their service and want to let them know that in a meaningful way.”

Hundreds of people from around the state are expected to attend this celebration, including Vietnam Veterans, families, service men and women from across generations and branches of service, Gold Star families, and veteran service organizations.

As part of their long-delayed welcome home, Vietnam Veterans will be recognized, receive commemorative pins, bumper stickers, and thanks from attendees and special guests.

“We love every opportunity to serve those who have served,” said Casey Latchem, Baton Rouge Texas Roadhouse Managing Partner whose location is generously donating the food for the event.

According to the Department of Veterans Affairs, of the 9 million Americans that served on active-duty in the U.S. Armed Forces during the period of the Vietnam War; approximately 7 million are living today.  We have a responsibility as a nation to thank each and every one of them for their service to our country.

Humana Veterans Sales Executive Marc E. Cullins said they we’re proud to sponsor the drinks and healthy desserts for this event because, “Humana has had a longstanding relationship with the military and is committed to the well-being of Veterans.” He goes on to say, “We feel that the Welcome Home Vietnam Veterans Day event helps Veterans and family members heal from the scars of war, and improves their overall well-being.”

“Many of my fellow Vietnam Veterans find it difficult to talk about their experiences and many keep to themselves, not wanting to draw undue attention,” Secretary Strickland said. “We want to make this a special event for these Veterans, one they will enjoy. Part of the reason for the food, drinks and demonstrations is to allow vets the opportunity to talk, share memories, and feel supported by fellow Veterans and community members.”

Understanding the emotions which are sure to surface during the planned recognition activities, the LDVA members, event sponsors, and supporters echoed much the same sentiments. While this event may not heal some Vietnam-era Veteran’s deep wounds, the Department’s hope is that a clear message of appreciation, respect, honor, and a long overdue “Welcome Home,” is felt by all of the event honorees.

By presidential proclamation on May 25, 2012, the Commemoration extends from Memorial Day 2012 though Veterans Day 2025. Congress articulated five objectives for this Commemoration:

The LDVA recognizes that our nation is forever indebted to our Vietnam Veterans and encourages everyone to come out and thank these men and women on March 28.