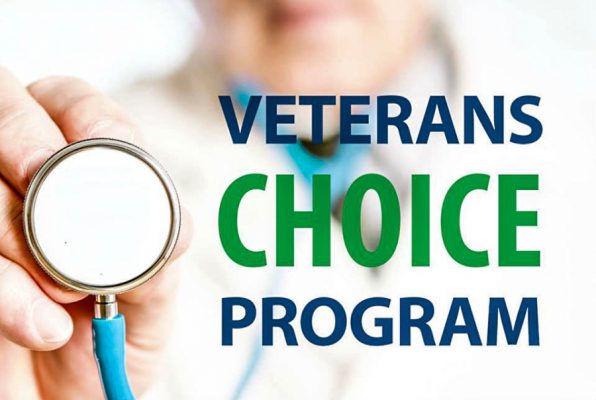 The measure was included at the insistence of VA Secretary David Shulkin, who wrote to Congress on Dec. 12 warning money for the Veterans Choice program was running low. A notice published in the Federal Register on Wednesday stated that without congressional action the account used for the program could be depleted as soon as Jan. 2. Shulkin predicted without more funding, there would’ve been a “dramatic impact” on veterans’ health care.

The continuing resolution allows the government to remain operational through Jan. 19, at which point lawmakers will need to approve another budget deal to prevent a shutdown. Before the House voted on the four-week budget extension Thursday, Rep. Phil Roe, R-Tenn., chairman of the Committee on Veterans’ Affairs, pleaded with congressmen to approve the bill because of the provision to fund Choice.

“We cannot allow the care of our veterans in the community to be jeopardized because of a lack of funding,” Roe said. “A vote against a continuing resolution is a vote against funding medical care for our nation’s heroes. The secretary’s message is clear.”

This marks the second instance this year that Congress approved emergency funding for the Choice program. In mid-August, the department received $2.1 billion to keep it operational. At the time, some veterans had experienced interruptions in their medical care, and veterans’ requests to receive private-sector appointments were accumulating.

The cost of the Choice program runs between $200 million to $400 million each month, Shulkin wrote in his letter to Congress this month. He’s attributed an increase in the program’s costs to its gain in popularity.

In a statement Thursday about the agency’s achievements in 2017, Shulkin said the VA authorized 6.1 million appointments in the private sector this year. That’s a 64 percent increase from the 3.7 million private-sector appointments in 2016.

The unpredictability of costs is one reason that Shulkin and a bipartisan group of lawmakers has pushed for sweeping reforms to Choice and the VA’s other community care programs. Shulkin had urged Congress to pass new legislation before the end of the year. Though bills have advanced through the VA committees in the House and Senate, neither chamber voted on them before leaving for holiday break.

Ahead of the vote on the year-end budget deal Thursday, Sens. Johnny Isakson, R-Ga., and Jon Tester, D-Mont., leaders of the Senate Veterans’ Affairs Committee, went to the Senate floor to make one last plea for a vote before the new year.

Their bill, the Caring for Our Veterans Act, establishes a new system for veterans to seek private-sector care and includes other provisions, such as an extension of VA caregiver benefits to veterans injured before 9-11. The Congressional Budget Office estimated the legislation would cost $54 billion for 10 years.

Tester described the $2.1 billion in emergency funding approved Thursday as a “Band-Aid” on a program that needs major reforms.